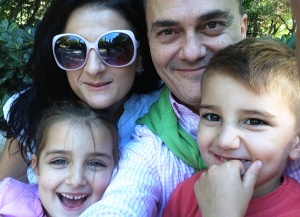 Yorgos Koropoulis and his wife, Sophia Efemidis, owners of Osis and Maleas Olive Oil and their children
http://www.maleasoliveoil.gr

Imagine the spark that creates a pearl.

Several conversations over coffee and on Twitter between authors, entrepreneurs and investors on the global economy and Greece, sparked an idea. In fact, a challenge: why not have a Greek dinner around the world to share and promote Greek culture, heritage and the arts through the most tempting dimension of the intangible Greek heritage, the art of cooking.

In a matter of days, asking, sharing the idea with friends via Twitter, the idea went viral with hundreds of people around the world agreeing to take an action to either host a dinner at home or at a restaurant and share photos and stories via social media. 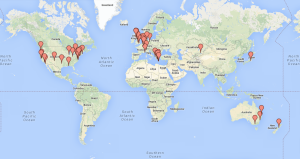 Greek culture is everywhere, from the outback of Australia to New Zealand to Tokyo to Kazahstan to Europe to Canada to all over America. The indomitable spirit of the Greek diaspora, those who touched the land of the ancients as well as those who live and breathe the air of Greece today joined forces to create a most unique opportunity.

Some of the first to join were business owners, chefs, authors and leaders in the campaign seeking the return of the Parthenon Marbles. Aleks, owner of Veranda on P; food writer and chef, Mary Platis; author, Marjory McGinn;  Nikolaos Chatziandreou and his family; Russell Darney; Dionysis and Rene Tritaris; author, Terry Douglas; Chef Jule in Alabama; chef and author, Peter Minakis; poet, Katie Aliferis; Niko and Oana, The Mediterranean Way; Global Greek World and Buy Greek campaign; Maria Dimitrakarakou; RideScoutDC; novelist, Anne Zouroudi and author, Alex Pattakos, The OPA Way!. From there, more than 52 cities, more than 80 hosts collectively with probably a thousand of guests; thousands of messages over Twitter, Google, Pinterest, YouTube and blogs. Take a moment to search through all of the photos and notes via #GreekDinner or see all of our partners on Twitter (@9musesnews/GreekDinner). Every day, I find one more new message. If you want to browse through a collection, take a look at this Storify collection.

Generations from the foundation of the family, the yiayia, to the grandchildren joined around the world.

Cornelia Gracchi, in Columbus, Ohio, sent homemade Melomakarona into school with her granddaughter. One child remarked, “Hey, these Greek cookies taste like donuts dipped in honey” and another said, “Your grandma is the best cook in the world!”

Yorgos Koropoulis and his wife Sophia Efremidis, owners of Maleas Olive Oil gathered with their children to enjoy a special meal and draw art. The same day they announced that their olive oil was the first Greek organic extra virgin olive oil for sale at Harrods.

The ancient Silk Road presented itself when Julie Kissidi hosted her dinner in Almaty, Kazahstan.

An idea plus an economic action going viral. Imagine a new paradigm of consciously connecting the culinary dimension of Greek culture with the intangible Greek heritage that influences people around the world. The spirit of Hestia, the goddess of the hearth, both in private and public, revealed her nature and importance in Greek mythology and in the modern world.

“I dream of those Greek donuts (loukoumades) served at the end of dinner,”says Dodie Jones who attended the Greek Dinner at Veranda on P in Washington, DC.

The spirit of Hestia appeared with generosity, welcoming family and guests to the table to share a meal with fruits of the earth from olives to feta to a glass of wine went viral.

Opportunities abounded – connecting one business with another, authors with a larger audience and the secrets in the kitchen only the mother or yiayia knows – in effect revealing an undercurrent of love and appreciation of Greek culture that has been quietly flowing around the world.

Requests are pouring in with more opportunities,

Connect and share your special requests with other businesses and people, use the comment section below to share your request or idea. Stay tuned, the next Greek Dinner will be announced soon.

By Keri Douglas, writer/photographer, Washington, D.C. (All rights reserved. Please ask permission to use any portion of article.)

Diana in Tokyo, the first to send a photo, starting her Greek dinner with Kalamata olives.

Yorgos Koropoulis and his wife, Sophia Efemidis, owners of Osis and Maleas Olive Oil and their children http://www.maleasoliveoil.gr

Cornelia Gracchi sent homemade Melomakarona into school with her granddaughter

Even Darwin gets a seat at our GreekDinner!

Taking the opportunity of the Greek presidency of European Union and within the frame of the global initiative “Greek Dinner around the world on January 15th, 2014”, Mr Konstantinos Pappas, Conseiller de presse et de Communication of Greek Embassy in Brussels, organized and hosted in KOYZINA Authentica a special dinner for diplomats and EU executives from several countries, aiming to offer them an authentic Greek culinary and hospitality experience. http://on.fb.me/1hjtv7j

Favorite essential for a Greek kitchens, from Katie Aliferis

Extraordinary Stayla Farm Honey If in DC, can purchase at http://TheMediWay.com For more information, http://www.stayiafarm.com

“I’ve never seen dried Oregano like this. Can’t wait to start cooking with it.” Annina Wildermuth from the Mediterranean Way Gourmet Market in DC http://themediway.com

“Greek figs–delicious right out of the package!” From the Mediterranean Way Gourmet Market in DC – Annina Wildermuth http://themediway.com 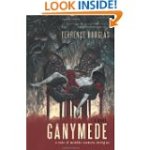 Ganymede: A Tale of Middle Eastern Intrigue by Terrence Douglas As a radical Christian Lebanese sect secretly plans an act of terrorism, Colin Gordon begins his next assignment at the American Embassy in Germany. http://amzn.to/1dr8Bmf

The Feast of Artemis by Anne Zouroudi In this seventh gripping, instalment of The Mysteries of the Greek Detective, the olive harvest is drawing to a close in the town of Dendra, and when Hermes Diaktoros arrives for the celebratory festival he expects an indulgent day of food and wine…but … Hermes follows a bitter trail through the olive groves to reveal a motive for murder, and uncovers a dark deed brought to light by the sin of gluttony. http://amzn.to/1eT4PWd

Dennis Menos, author of many books, including two on Greek heritage and culture. Enjoy this one, The Justinian Diaries. http://amzn.to/1l43Wuf

The Greek Vegan offer this recipe. The simple, delicious dish comes from Smyrna (now in Turkey). It was brought over to Chios and the Dodecanese islands by refugees of the Smyra fire after 1922. The spices definitely have that Asia Minor flair and pickled red cabbage was a favorite during the lenten period leading up to Christmas. It’s definitely a festive looking dish! (http://thegreekvegan.com/smyrna-pickled-red-cabbage/#more-2082)

Things Can Only Get Feta: Two Journalists and Their Crazy Dog Living Through the Greek Crisis by Marjory McGinn http://amzn.to/HZZZY3 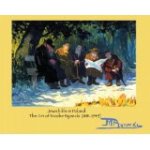 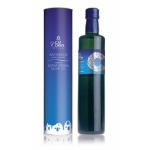 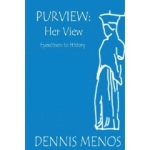 Purview: Her View, Eyewitness to History by Dennis Menos A stolen Caryatid shares her tale at the museum. http://bit.ly/1hXwIu3

The Acropolis at Night. Photo by Nikolaos Chatziandreou, AcropolisofAthens.gr